The Shift in 'Branded Residences'

It began during America’s “decade of greed”--the 1980s. Huey Lewis & the News was blaring inside the Ferrari Testarossas of Wall Street’s elite…

It began during America’s “decade of greed”--the 1980s. Huey Lewis & the News was blaring inside the Ferrari Testarossas of Wall Street’s elite. Amidst it all was the catalyst that would set a decades long course for luxury hotel brands. In 1982 the Four Seasons opened its first branded residences in their Boston location, followed shortly by the Ritz Carlton. Branded residences are those condominiums and apartments located within a hotel. Buyers have full access to all the perks of these luxury hotels: spas, 24/7 room service, concierge, etc. Picture Kevin McCallister at the Plaza in Home Alone 2. What’s not to love? Fast forward 35 years and branded residences now account for 40% of the Four Seasons entire portfolio. 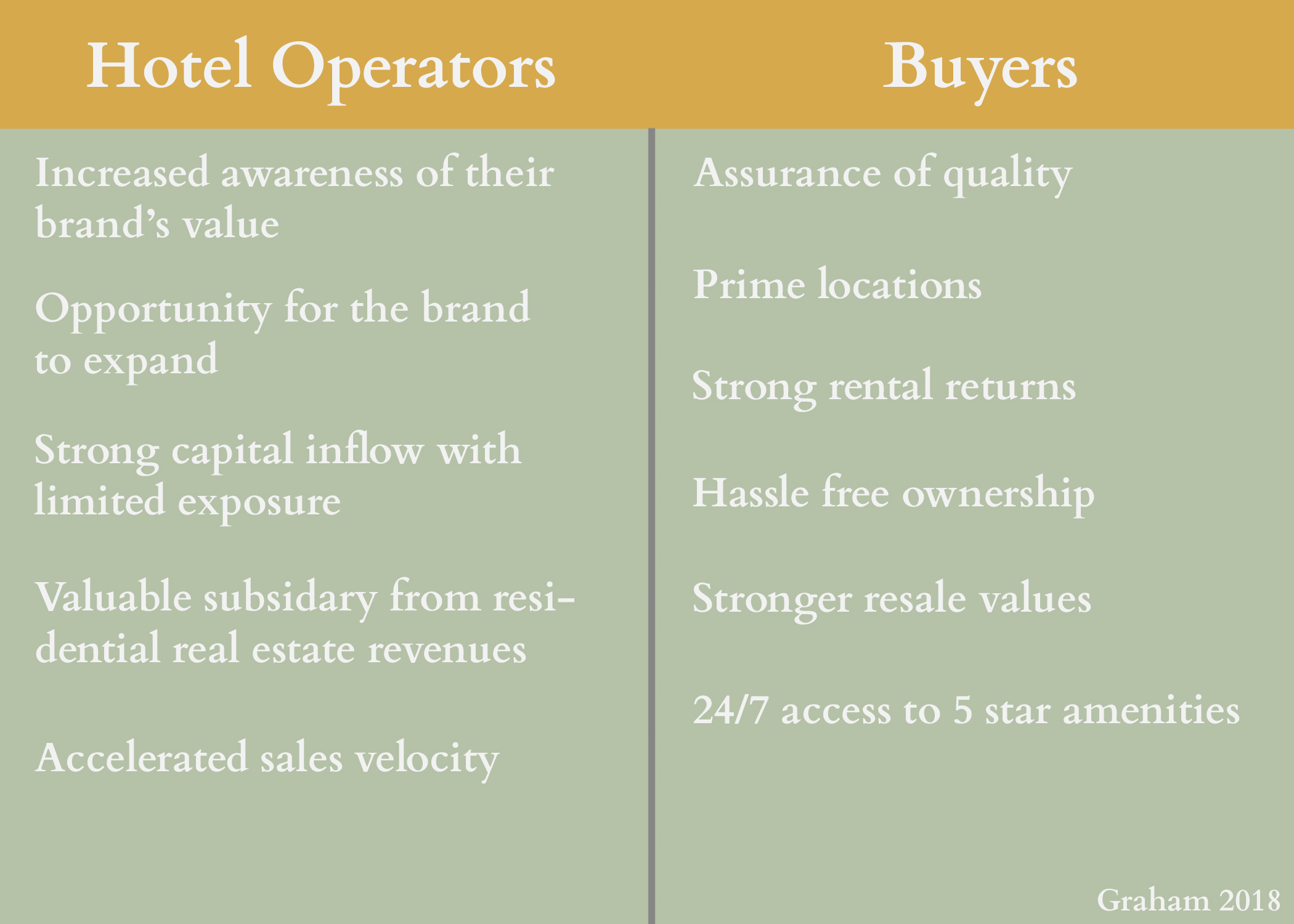 As the growth in branded residences continues, one aspect has begun to shift dramatically--how these companies brand. Over the last decade the term luxury has become inflated and ambiguous. Stephanie Anton puts it succinctly, “What passed as a luxury experience even five years ago, today feels tired and uninspired." A divide has grown between luxury goods and experiential luxury, with a preference for the latter beginning to take hold. The growth of experiential luxury sheds light on a shift from ‘having’ to ‘being’. Consumers no longer seek status, but rather emotions and experiences . Graham adds to this sentiment, “the experiences offered by a brand are far more important in consumers’ eyes.” What is expected to be a key differentiator, as a result, is a brand’s quality of service. This highlights the “growing requirement for personalization in the search for exclusivity and uniqueness.” Now, everything is personal.

It is clear: branded residences are booming. They will only be bolstered by hotel expansion, which is projected at 2% in the United States. To contrast this, let us examine the multifamily market in the United States. Vacancy has been stable at 5%, but is expected to grow by 100bps over the next two years . This is not cause for alarm, as it is still well below record levels, but it is noteworthy. This can be possibly attributed to the current oversupply of multifamily projects. Rents are down across 17 major cities from their highs in 2015. It seems only natural that these developers would want to fill their vacant units. What if instead of hotels adding branded residences to increase their revenues and brand power, apartments added branded hotels to do the same?

Just as these hotel developers will sell and/or lease a number of units as branded residences, some multi-family developers are partnering with hospitality companies to do the same. Property Markets Group has partnered with The Guild on X-Miami. This upscale residential building will have 80 of its 464 apartments leased as hotel rooms under The Guild’s brand. As with the branded residences mentioned earlier, this is a win-win. PMG immediately saw ~20% of its occupancy filled. In addition, The Guild will offer its same services to the residences of X-Miami. The Guild finds itself in an upscale property with stellar amenities and prime room locations. It also sees an increase in brand awareness as well. This trend seems like an optimal shift and will allow for branded residences, previously confined to luxury hotels, to be redefined in a new space.

Hoisington, A. 2018. HotelManagement. “Continued growth still in the forecast for U.S. hotel industry in 2018”

Wolf, R. 2017. Wolfstreet. “The Biggest US Cities where Rents Are Plunging”