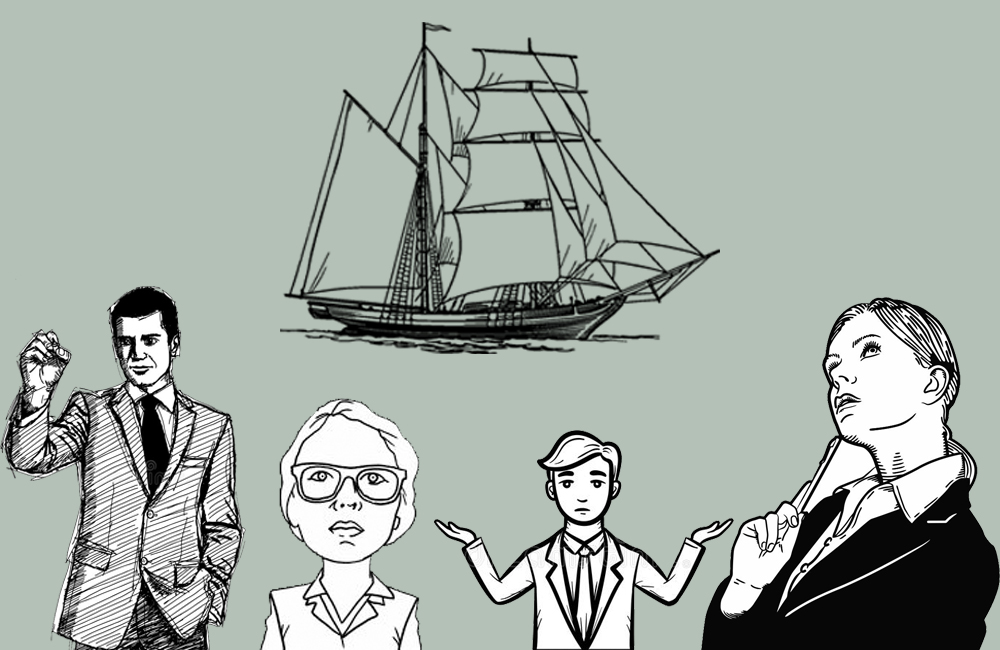 There are countless horror stories haunting the interwebs of smalltalk gone wrong. Rather than recount another grisly tale here, we aim to help you chart a course through the turbulent waters to solid ground.

In 1923, Bronislaw Malinowski published his essay “The Problem of Meaning in Primitive Languages”. 95 years later and his early definition of smalltalk remains rock solid.

He notes that “A great deal of talk does not serve any purpose of communicating ideas…[instead] it serves to establish bonds of personal union”. Malinowski hit the nail on the head, explaining further that it is “purposeless expressions of preferences or aversions, accounts of irrelevant happenings, [and] comments on what is perfectly obvious”. It appears that small talk and all its trivialities abound everywhere and it’s here to stay.

Setting A Course in Uncharted Waters:

There are two methodologies that independently aid in combating the awkwardness of smalltalk. However, when combined, they essentially take a 17th-century map and turn it into a modern-day GPS.

The first is A.R.E. which was put forth by the Art of Manliness in a well-circulated blog post. Below are the key points:

Anchor: An observation on a mutually shared reality with the other person

ex: Do you think anyone really reads these Pug Fashun Weekly magazines while waiting at the dentist?

Reveal: Build off the anchor, segue into personal anecdote

ex: If anyone would, it would be my old neighbor. She had a pug named Ms. Snuggluffagus and dressed it up in a tutu for Halloween every year.

ex: Have you had any strange pug fashionista encounters?

This three-step process should segue into a natural conversation that will quickly diverge from the original topic. To keep the conversation flowing, employ the next methodology for guaranteed success: F.O.R.D.

Family
ex: Do you have any kids/siblings/etc?

Occupation
ex: What do you do for work?

Recreation
ex: What do you do that’s the opposite of work?

Dreams
ex: If you didn’t have to work, what would you do?

You’ve now got the necessary skills to set forth on the Smalltalk Seas. If you veer off course or encounter stormy weather, just remember: ARE & FORD